There is a cat-whisperer in our house, and I used to think it was me.

We are a family that really likes cats, and for years, that family was just HalfshellHusband and me. I move slowly and quietly around cats, and speak to them softly. If they seem shy, I'll let them sniff my hand before trying to pet them. From a cat perspective, this is the equivalent of being "wooed"!

I pet their heads gently, stroke their bodies firmly, and I understand the importance of rubbing the sides of their jaws until their eyes roll back in their heads. Yesssssss…

If I pick them up, I'll set them all the way down instead of tossing them, and I do not, for example, pat or whomp them as if they are dogs. Ahem. So, while all of our cats have loved HalfshellHusband, I was always the preferred human. This went on for more than twenty years!

But then, the dynamics began to change.

Our son was always an energetic child. When he was little, we'd drive North to visit my parents, and my Dad's idea of entertaining family usually involved chatting while he sat in his recliner all day. He was very sedentary, and even the adults found that limiting. So, there was usually a point each day when we gathered the kids up and went looking for a playground or a McDonald's Playland. Every time, my Dad would wonder where we were going.

He was always surprised. "But why?"

This was a boy who was very much like a puppy. He was talkative, loud, busy, and on the move, and he needed and wanted a large amount of interaction. How could anyone with such a dog-like personality not be a dog person?

But somehow he was not, and he still isn't. He is most definitely a cat person.

All of that racket and restlessness fade away when he's near a cat. Suddenly, he's on their wave-length—quiet tone, gentle interest without being pushy, and the kind of soft, slow petting that most cats love. He "gets" them, and they know it. And they "get" him in return.

Here he is at age 12, with our little rescue cat Tigger. I was always Tigger's main person, but he was a close second. Tigger was very much a lap cat, but liked to sit sideways. That worked out well for our son—he was very accommodating. He would often sit on the sofa with his computer parked on a tall footstool and just lean forward across her to play his video games. The light squooshing probably felt like extra snuggling to her. 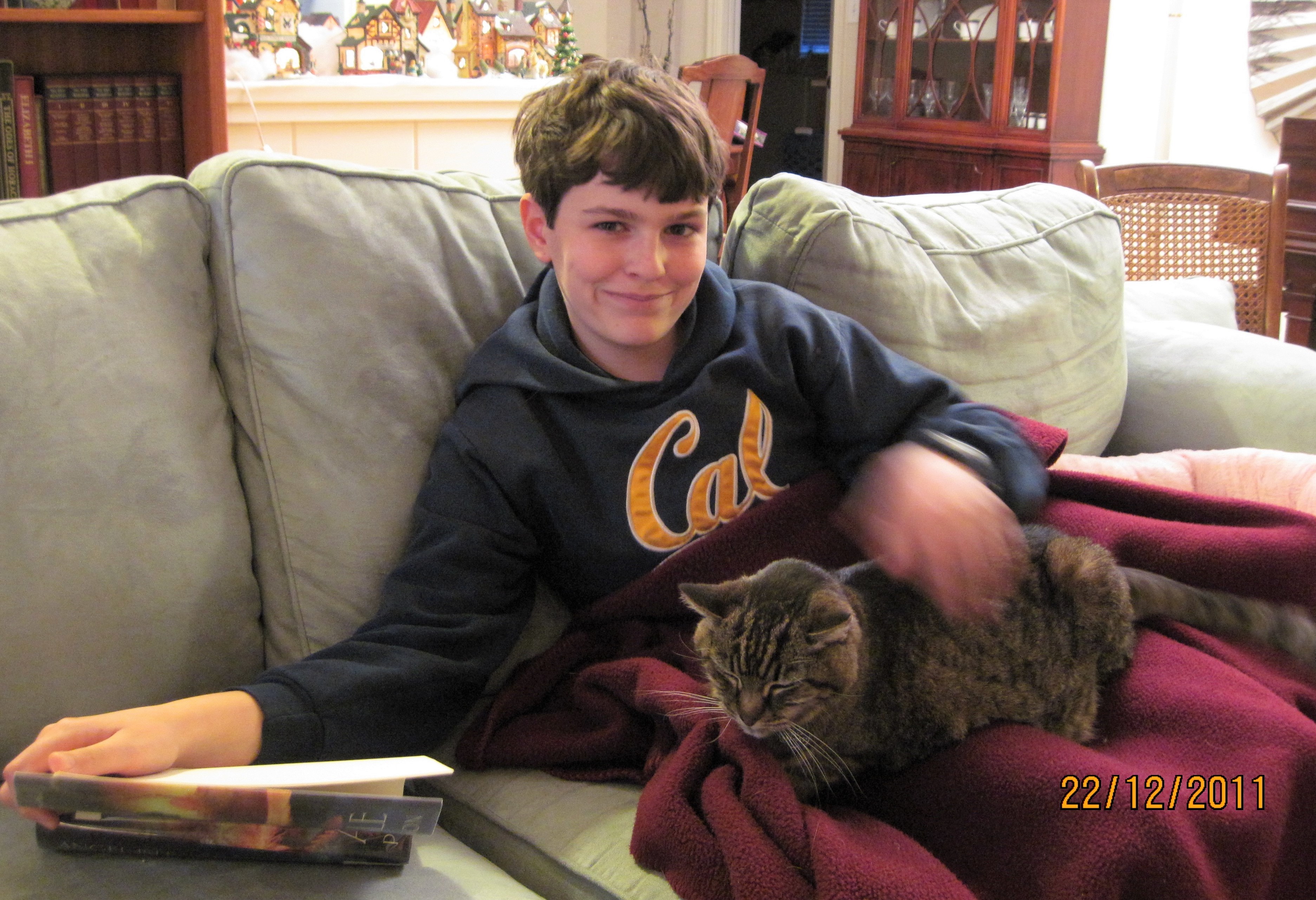 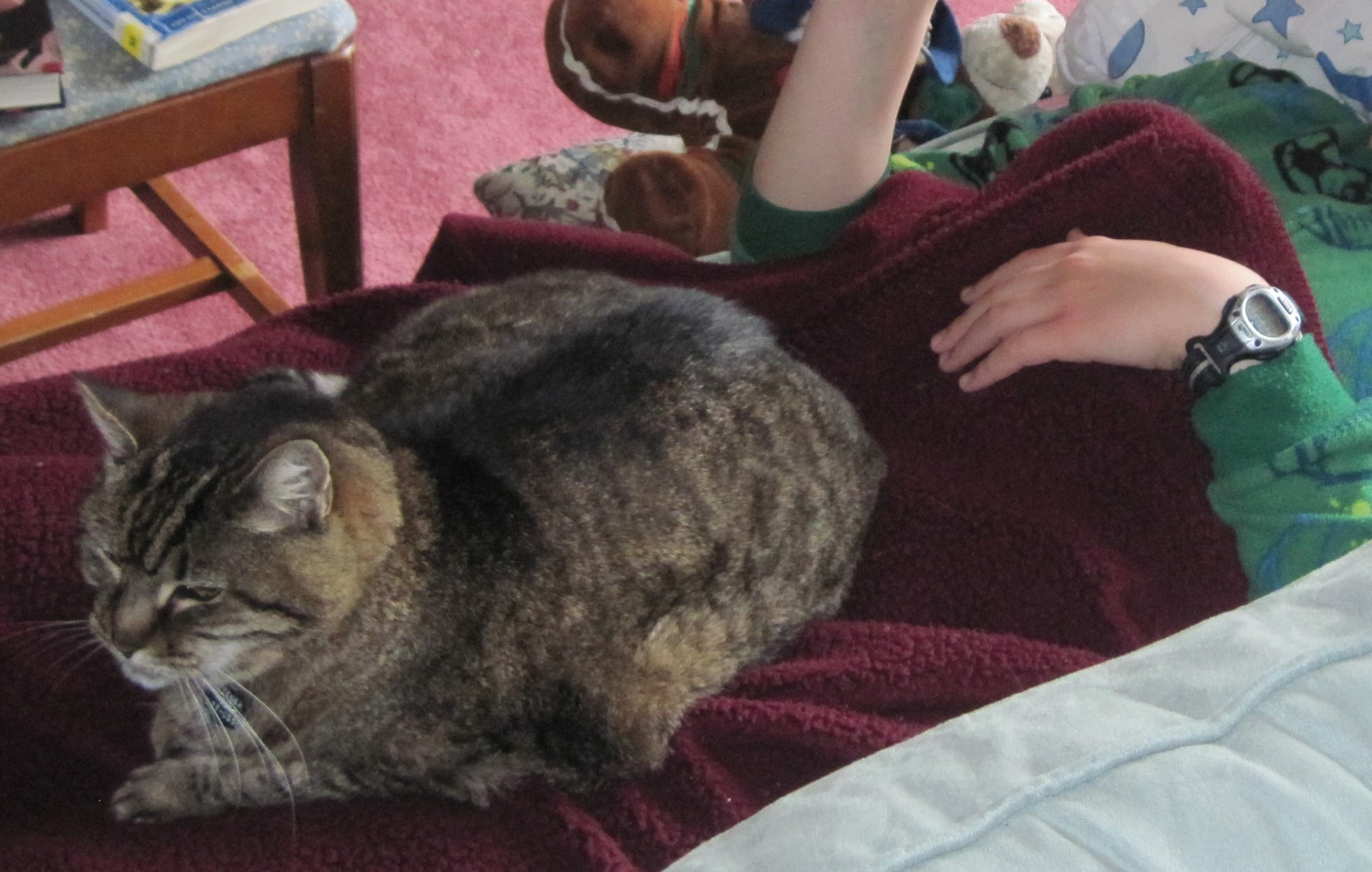 We didn't go looking for another cat until 6 months later. That trip to the animal shelter was where the game changed.